“Well,” explained Admiral D’irt. “It is actually a planet city. There isn’t a vacant spot on the whole surface.”

Huey finished patching up some nasty hole in Beaker. “This monkey seems to have been aerated by some sort of dangerous projectile weapon. So much for local law levels.” Beaker winced in pain as Huey filled another hole with some fast-healing genetic ooze.

After facing the desperate vagabonds at the downport warehouse on Tobia, the Sobya crewmembers reflect on the ridiculousness of the situation.

“Did you actually shoot at the janitor, Tiny?” asked D’irt.

“Of course not,” said the pilot. “I was busy shooting at the brunette.”

“I’m pretty sure I saw you fire that ACR at the janitor bot. It was obvious that it was just trying to mop up blood."

“You know what?” said Tiny, “That T3P0 droid freaked me out. What in the hell was that? He says Hello I am from the government I am here to help you but then seconds later he has lasers shooting out of his arms!”

Ave popped her bubble gum, “Yeah. It’s a customs and security droid. We should probably get one for the ship.”

Shee’Rah was unimpressed. “We have a vargr engineer who should be doing that job. He keeps smashing wine crates about, letting the riffraff in through the cargo hold, and can’t fill out a customs form to sae his life. He isn’t earning his pay.”

She scraped her new hardened dewclaw against a countertop in the crew lounge. “Hey, D’irt. Do you remember Arag? He used to work for us.”

“I’m not sure…I thought you were the engineer,” D’irt replied. “However, I am very happy that we came out with a KCr500 profit on the wine. We’re damned lucky that very little turned to vinegar…

“…And hopefully we can keep the monkey from smashing wine bottles on the bodies of our enemies.”

“You know,” said Ave. “It seems like a very strange coincidence that our wine somehow got mixed up with crates of bollubemmings. I think that GeDeCo is secretly trying to manipulate some sort of war between the government and the Tobia Commerce Guild.”

Ave jumped up, “Hey! We have particle accelerators in our turrets now!”

Tiny chimed in, “And we also have new top-of-the-line sensors.”

They all took a moment to reflect on their current station in life. The little 300-ton Droyne ship was turning into a badass little ship.

A groan emanated from the cargo hold.

“I sure hope that weird passenger Chester didn’t wander off and push the DE-FROST button on the low berths.” Tiny was suspicious. 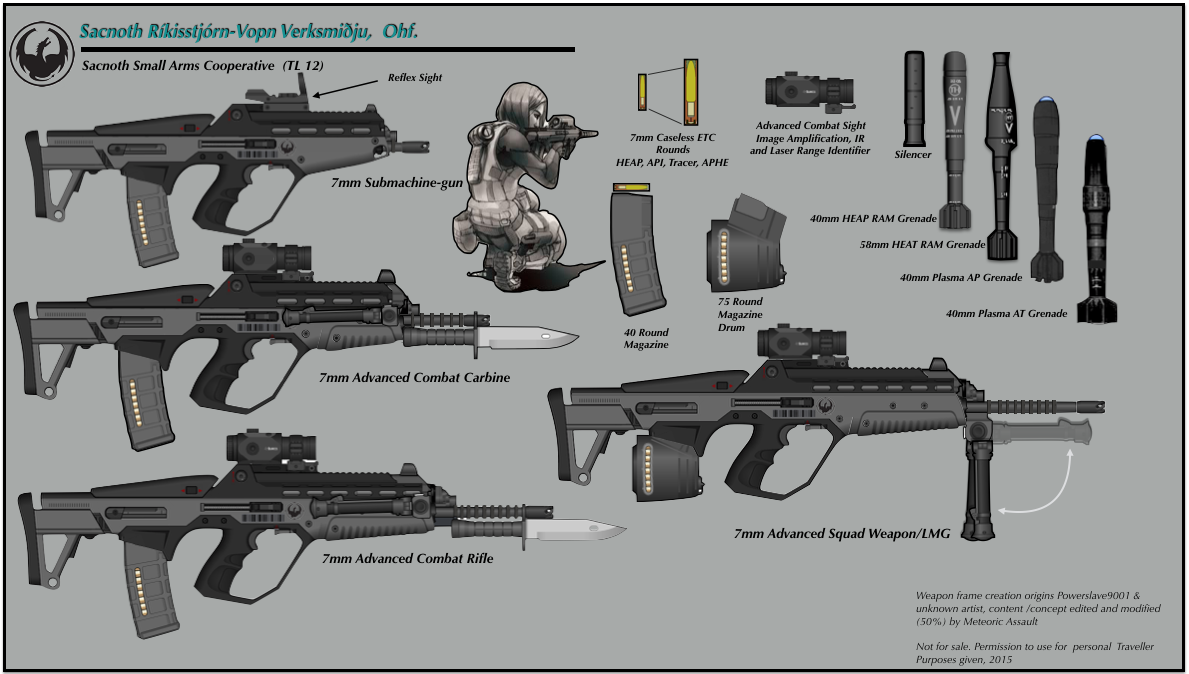 We have Particle Accelerators!! Wooohoooo!